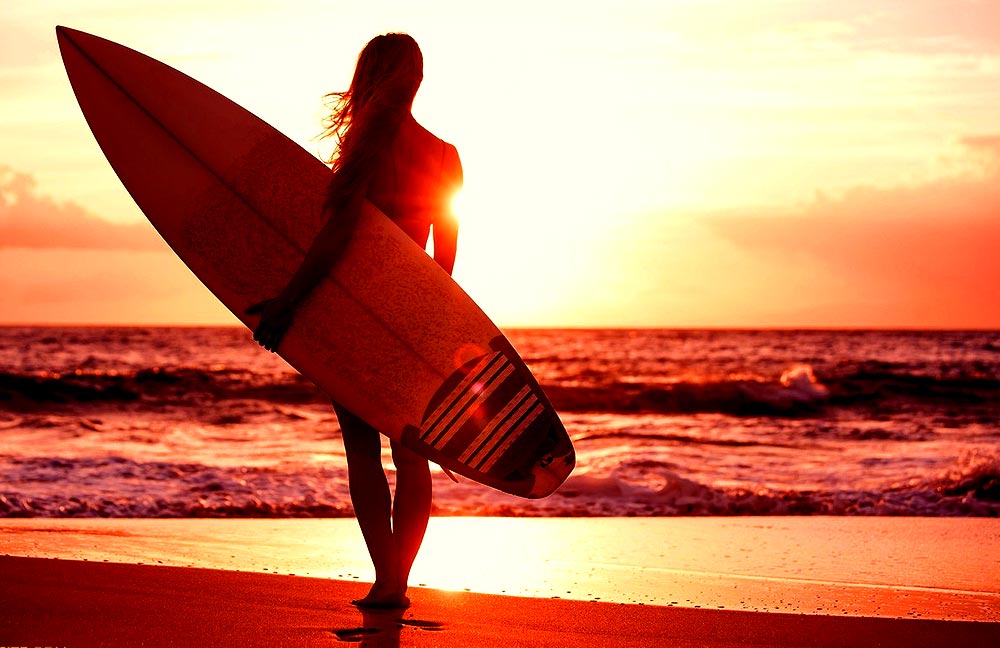 The United States also has 'Surf Culture', but unlike Australia their surf culture tends to be generated by the pop-marketing machine that drives American consumerism.

Australian’s possess a unique national culture and a huge part of that unique culture is to do with the ocean and all that comes with it; i.e. surfing.

The United States also has 'Surf Culture'; Some of it legitimate such as David Nuuhiwa’s Fish being stolen and hung in effigy at the ’72 World Contest in San Diego and/or the 1986 OP Pro riots in Huntington Beach. It is, for the most part, insincere and unattractive.

In the US, surf culture is created and marketed to lure 16-year-old’s into purchasing a $55 pair of boardshorts.

I’m not saying that is wrong, just unattractive.

In Australia, buying surf trunks is a given (more than likely though you’ll get a pair of hand-me-downs).

Surf culture is a part of their national fabric and it is, for the most part, without pretence and ittends to lack the ‘Click here to see more’ mentality, and that is very refreshing.

Australia is perhaps the only continent where the waves are more legendary than the men who ride them.

Most notably, each town’s surf club sits on prime real estate directly on the beach.

In America these areas would be golf courses, and surfers would be asked to leave.

And the heritage and lore of the local ‘clubbies’ — despite what the Aussie surfer might have you believe — possesses prime real estate in the soul of the Australian surfer.

Legend is measured through aquatics, and the surf club is where legend and lore are poured down with the vigor and regularity of a Black and Tan.

In the US they don’t have surf clubs, they have chambers of commerce.

In America the waves are generally tied directly to a surf star. Malibu and Dora; Rincon and Curren; Pipe and Lopez.

Australia is perhaps the only continent where the waves are more legendary than the men who ride them.

For a country full of surfers that speaks volumes.

Australian surf culture permeates within the Australian surfers who ride these waves. Robust and weathered expressions, crows feet at the eyes from hours of peering out to the horizon.

The Aussie culture breeds a hardened surfer, but not a bitter one. They are optimistic despite the often surly vernacular.

A characteristic derived from thousands of miles of surfable coastline and dozens of Indo trips.

Australian surfers measure time by swells and cyclones not IPOs and acquisitions.

But in Australia this archetype is the norm. They wear construction boots with boardshorts–to their own wedding.

Except for the accents and bleached hair, Australian surfers look and act as if they could be from south Boston; you know, hard around the edges.

A far cry from the US where nine out of ten surfers are digitized yuppies that drive an SUV du jour, paddle a leashed up longboard, and openly flaunt a venti Macchiato habit.

Australia is one of the greatest surfing nations and by far the largest surf country of the Southern Hemisphere. The giant island gets swells from all directions, and it is no wonder that the sport of surfing has ancient roots Down Under.

To understand how surfing evolved around the world, we need to take a look at the timeline. There are key dates in Australian surfing history, and they all shaped what the sport is today.

In 1914, Duke Kahanamoku visited Australia and opened the first chapter in the history of surfing Down Under.

But the truth is that, back in the day, surfing was not entirely new to Australians. There were already people challenging the surf with their bodies, and using smaller paipo and belly boards to ride the waves.

The big island at the bottom of the world is crazy about surfing, at least since the 19th century. Knowing how to ride a wave is a common skill in Australia, and that is why, for many, it is the ultimate surfing destination.

Australia has between 2.5 and 3.5 million active surfers.

One in three wave riders is a woman, and the country offers thousands of above-average surf breaks, from Sydney and Margaret River to Darwin and Torquay.

But, what if the first Australian surfers were Indigenous? Could surf lifesavers be the first real surfers? Was bodysurfing the first wave riding activity in Australia?

Some of these questions may never get clear answers, but the Australian surfing timeline helps us understand why the sport is so popular Down Under.

1903: The prohibition of ocean bathing in daylight hours is lifted;

1909: "Surf Sports at Manly," the first documentary film on a surf demonstration is screened around the country;

1914: Duke Kahanamoku visits Australia and rides waves in front of thousands of spectators;

1927: The Duke and Duchess of York visit Manly and enjoy a display of surf lifesaving and beach sports;

1945: A group of Sydney surfers forms the Australian Surf Board Association;

1966: Nat Young wins at Bells Beach, and conquers the Australian and the world titles;

1984: The first edition of the Malfunction Surf Festival celebrates the longboard revival;

1996: "Litmus: A Surfing Odyssey," a movie by Andrew Kidman, marks a new era in modern surfing;

And the rest is history ...

Cult Of Freedom: The Australian Part

"Endless Summer II," the sequel to his 1966 sleeper hit, offers everything anyone could want to know about surfing. Exciting, ravishingly photographed surfing sequences and more!

"Endless Summer II," offers everything anyone could want to know about surfing. Exciting, ravishingly photographed surfing sequences are contained within a format that is part National Geographic, part adventure and part documentary.

While high-adrenaline action will keep surfing fans drenched with enthusiasm, rather schematic structure and narration that is not always fresh or funny should keep B.O. at middle levels.

The endless search for the “perfect wave.”

The travelogue follows the surfers as they move around the globe, visiting some of its most exotic spots: Costa Rica, Hawaii, France, South Africa, Australia, Fiji , Bali, Java and even Alaska, the latter not exactly an ideal setting or climate for the sport.

Enjoying a much bigger budget, larger crew and more sophisticated equipment than the original, “Endless Summer II” boasts more spectacular scenery and a most impressive technical and visual sheen.

If you simply want to feel better, watch this movie.  Magical.

Does anyone besides me regret living someplace where there are no beaches as they're watching this film?

My first date at a drive in was for endless summer 1...my date was pissed cuz I just wanted to watch the movie!

Why would any person thumbs down the surfing bible!! Get out of here Kook!!!

This brings back memories. Used to watch this so much as a kid.

I feel so blessed to live in San Diego

Greatest surfing movie of all time.

Stuff was cool before Red Bull and the x games. Classic.

Love this all time classic movie, just makes you want to pack up and go