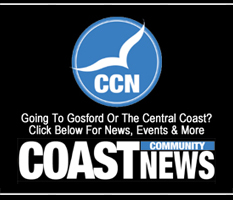 With an election looming and misinformation seemingly rife, concerns have been raised over the prospect of misleading political advertising.

Independent federal MP Zali Steggall has proposed legislation to prevent the spreading of falsehoods during federal elections, with her website claiming: "It's perfectly legal to lie in a political ad."

She repeated the claim during a television interview on September 17, 2021, arguing that "whilst we have misleading and deceptive legislation to catch advertising that lies about things, we have a free-for-all in political advertising".

So, is there nothing to prevent people from lying in political advertising?

Ms Steggall's claim is close to the mark.

Experts consulted by Fact Check said there were no catch-all federal laws to prevent lies in political ads, though they said existing laws might apply in narrow circumstances.

For example, the Commonwealth Electoral Act prohibits misleading political advertising, but only insofar as this affects the vote-casting process.

And while South Australia and the ACT do have laws regulating the content of political ads more generally, they do not cover federal elections.

Consumer law banning deceptive or misleading conduct may apply to some statements on social media but typically does not extend to the political realm.

Neither the national complaints body for advertisers nor the federal communications regulator assess the factual content of political ads.

Social media platforms have adopted a voluntary code to regulate misinformation and disinformation, which, while acknowledging the primacy of Australian laws, also largely excludes material authorised by politicians.

In rare cases, people may be able to sue for harm or defamation in political advertising.

However, experts said pursuing this would fall to individuals and, in the case of defamation, make little difference to claims about policies.

What makes a political ad?

Ms Steggall spoke of "Political advertising", which can be defined broadly.

As Melbourne University's Professor Sally Young told a 2010 Victorian inquiry, it can encompass advertisements run by governments to explain their programs, as well as ads from lobby groups and private interests such as unions and businesses leaders to influence public opinion and persuade politicians.

However, she said, "the term 'political advertising' is most commonly used to refer to the advertisements produced by political parties and individual candidates that are shown during election campaigns in order to persuade voters to vote for them".

Among other things, Ms Steggall's bill seeks to ban statements "relating to a matter of fact" that are, or are likely to be, "misleading or deceptive to a material extent".

This rule would apply to anything that meets the definition of what the Electoral Act calls "Electoral matter".

Broadly, this means any public communications, regardless of author, whose main purpose is to sway electors during a federal election.

This captures not only paid ads but also social media posts, for example.

Graeme Orr, a law professor with the University of Queensland, told Fact Check that a focus on paid advertising alone would be "a little bit insufficient" given that "campaigning these days is done through the sowing of memes", which are not only spread online — including by bots — but also picked up and spread by supporters in the mainstream press.

To read the full ABC News Story from which this 'News Summary' was extracted, click 'Read More' below