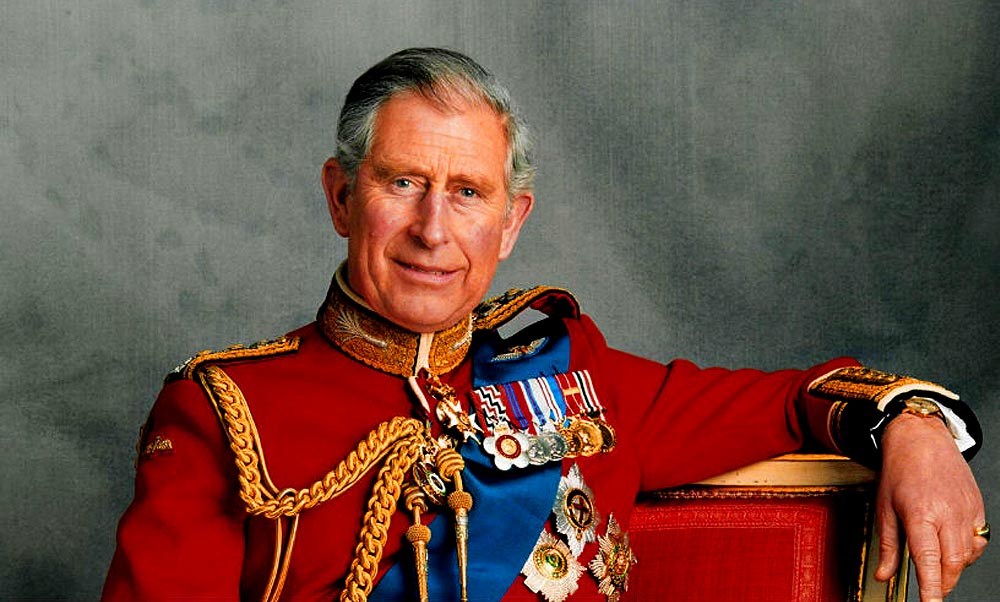 It’s been 20 years since more than six million Australians voted to stick with the British monarchy. But with the Brexit general election pending in the UK, what happens next?

The result of the Brexit general election could lead to the disillusion of the United Kingdom. Queen Elizabeth is now 94 and when she passes Charles will become King Charles III - How will Australia feel when that happens?

The republican verses monarchy debate has largely fallen out of the national conversation of late.

The Australian Republic Movement claims a majority of federal MPs would back a republic if given the choice, pointing to 2016 figures.

Chair of the Republic Movement Peter FitzSimons claimed up to 60 percent of federal politicians supported Australia becoming a republic, giving us the power to choose our own head of state.

However, FitzSimons conceded there were "so many cards in the air" that could sway a vote on the issue either way. These include the popularity of the young royals, the health and reign of the aging Queen, the unpopularity of next-in-line Prince Charles, and the never-ending Brexit process.

So where does the republic debate stand today?

Whether Australia should become a republic or remain a monarchy is a perennial topic of debate.

Many would have questions about how such a change would affect our system of government.

But the questions and answers below show there is nothing unique about Australia’s situation, and the issues that need to be addressed are not particularly difficult.

1. Who is Australia’s current head of state?

Possible answers to this question range from “no-one” to “the governor-general” to “the Queen”: it all depends on what you mean by “head of state”.

The term is not used in the Constitution, so there is no office of “head of state”. Section 61 of the Constitution vests executive power in the Queen, and says power is exercised “on her behalf” by the governor-general.

So, you can say the Queen is head of state, as long as by “head of state” you mean “the person who is the ultimate source of executive power”.

2. What benefit would there be in Australia becoming a republic?

Such a move would be purely symbolic in that it could be effected without any change to the way functions are distributed under the Constitution. The Queen and governor-general would be replaced by an Australian president.

It would mean that any Australian could aspire to be the person embodying the ultimate source of executive authority in Australia.

It would also signal to the world that we are wholly independent, both in appearance and in fact, because we would no longer have a foreigner as our monarch.

3. Would having a president change the functions of the office?

No. Whatever changes were necessary to substitute a president for the Queen and governor-general could be made without changing the powers of the office.

Many Commonwealth countries have done this over the past 50 years, and have become republics while retaining the system of parliamentary government in which day-to-day power is vested in a prime minister.

4. What method of selecting a president is most likely to be supported by a majority of voters?

Surveys show that most voters favour the popular election of a president.

In that sense, the 1999 referendum was doomed to fail – not because a majority of Australians wanted to maintain the link with the Crown (polls showed a clear majority in favour of a republic), but because the Howard government put to voters a model (selection of a president by parliament) that most republicans did not want.

5. Would an elected president be compatible with our parliamentary system of government?

Both Ireland and Germany are parliamentary democracies that have an elected head of state who performs the same limited role as Australia’s governor-general. Because the way these presidents exercise their powers is determined entirely by the constitution, presidential candidates cannot make campaign promises.

Campaigning for president in these countries does not revolve around party politics or political platforms, but around who voters think would best personify the country and represent it on the world stage.

6. Is there a danger in having a popularly elected president?

Some argue that a popularly elected president might think they had a mandate equal to that of the government, and so disregard the conventions that govern the role currently discharged by the governor-general.

7. What are the conventions and how do they operate?

There is a difference between a legal rule and a convention. A legal rule is enforceable by the courts; a convention is not – it is a rule whose effectiveness relies purely on customary compliance.

Almost all the powers given to the governor-general by the Constitution are either expressly stated as being exercised on the advice of the government or are exercised on advice by convention.

However, the governor-general has four powers they exercise independently – that is, not on anyone’s advice.

The Governor Generals powers are:

The circumstances in which these powers should be exercised is governed by convention. Therein lies the problem that led to the 1975 constitutional crisis.

There was no doubt that, under Section 64 of the Constitution, the governor-general had the legal power to dismiss the prime minister. What was in dispute was whether, under convention, failure to get supply passed by the Senate justified the exercising of that power.

8. How would we prevent a president from acting contrary to the conventions?

A governor-general or a president could act contrary to the conventions. The obvious solution to either of them doing this is to codify the conventions – that is, clarify what they are and put them into the Constitution, so they become rules of law enforceable by the courts.

There is nothing new in this: codification has been effected by many Commonwealth countries.

Some have retained the link with the Crown and have codified the powers of a governor-general. Others have become parliamentary republics, with presidents with codified powers.

9. How should reform be conducted?

To ensure genuine majority support for change, there should be a compulsory plebiscite legislated for by parliament, followed by a referendum.

The plebiscite should have two questions:

1) Do voters want Australia to become a republic.

2) Which of a list of methods of selecting a president voters would prefer, assuming the first question showed a majority in favour of a republic.

If a majority had favoured a republic, the ensuing referendum should ask voters to approve the model that obtained most votes in the plebiscite.

Many other monarchistic parliamentary democracies have become republics over time and the world has not ended.

With Queen Elizabeth aging we here in Australia need to broaden our thinking.

We need to take the experiences of other countries into account.

We have a choice: Like it or not, change is coming: We can either plan for our future, or wait for a crisis to come.

'No Doubt' Australia Is Moving Towards A Republic ?

It involves a serial killer, wanted for over 120 murders.

To find the killer, he must enlist the help of convicted murderer, Dr. Animal Cannibal Pizza (Deluise).

However, during the investigation, his girlfriend, Jane Wine (Charlene Tilton), is asked by her boss to take a large sum of money to the bank.

Instead of doing this, she leaves town with the money.

While in hiding, she decides to rest at the Cemetery Motel, which is later revealed to be a cemetery named Motel after its owner, Antonio Motel.

Jo must then enlist the help of Det. Balsam (Balsam) and Dr. Pizza to not only find the murderer, but also his missing girlfriend.

All of this action takes the cast on many adventures at the Cemetery Motel.

In the final confrontation, most characters are revealed to be somebody else in disguise.

I can't believe with this star studded cast I never heard of this film...this the first time I've seen it GREAT FLICK!!! I LOVE IT!!!!

One of the best movies ever! The Scooby Doo like mask reveal ending is grand.

it probably was the shower cap

That's some pure corn you got there! Throw this one in a pan and it would pop!

am I the only one upset that "Jurassic Pork" never saw the light of day?

This movie made me laugh my ass off. I LOVE DR ANIMAL PIZZA